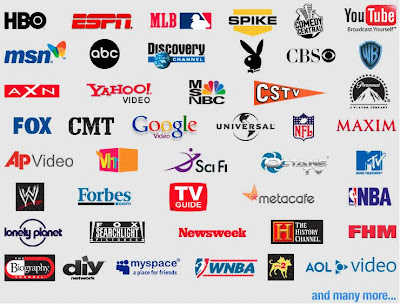 I've been meaning to write something on this for a while and now a short article just spurred me on. Turns out someone has put the entire "French Internet" up for sale on eBay as a joke. It has to do with a government proposal to regulate and legislate Internet access.

There are plenty of sides to the story and as many opinions as people you talk to, I'm sure. I'm not going to say what I think is right or wrong about the whole thing but I want to throw out a little prediction.

I think we're likely to see various attempts at "channelizing" the Internet. What I mean by channelization is taking the current content free-for-all that basically gives all of us full, unrestricted access to any website with a public IP address, and slicing and dicing it into categories with independent access controls. They already have this in China, of course. Yahoo and Google were only too happy to help. But watch for it in a legislative assembly near you.

There are a few reasons why I think there are going to be attempts to do this. Censorship is one. But the bigger ones I think are monetization and media control.

Monetization is pretty obvious. Slice up the Net into segments and you can charge for each one. To some extent we already have this with bandwidth-based service tiers. Carriers would love to slice and dice along content lines as well. Bell Canada has arguably started down that path already using protocols as a differentiator and throttling peer to peer. Once people have gotten used to p2p throttling, watch for them to roll out a new "service" with better p2p bandwidth. There are tons of potential commercial differentiators. MIME types, top level domains, sub-domains, IP address blocks, geolocation, language... on and on. Darn, did I just say all that out loud?

Media control is a bit more of a reach, but its not hard to infer from the media consolodation of the last several years. The number of people taking mainstream media with several large grains of salt is growing all the time. RSS and aggregation services are doing a lot for information diversification, the foundation of a well-balanced brainfood diet. But, this creates problems for the old-school media. They've invested a lot building up their empires and are quite happy to tell you what your world view ought to be. Along comes the Internet and they suddenly find themselves competing with Youtube and Al Jezeera. Just when they thought they cornered the market, the market decided to open up a whole new location (online). They haven't figured out how to control it yet but if they, or their successors, could only get control of the delivery platform, its a done deal. The term "media" really means a delivery platform, after all... Oil/Acrylic; CD/MP3; TV/Internet. What do you think motivates things like browser wars, Java, C# or ALAC? Why do you think people criticize Open XML? Why do you think we need beauracracies like the W3C?

Follow-on prediction: a rise in the popularity of darknets.
at March 08, 2009