Along the Trans-Canada Trail 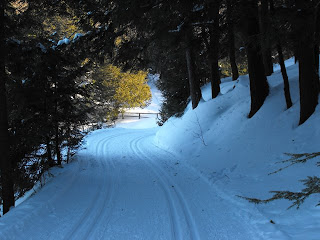 This week brought an interesting change to my desktop. I finally cut the ties to Microsoft's Windows operating system and went with a pure Linux install for my main work environment. I decided to go with Linux Mint and my experience with it so far has been, in a word, great.

I've been a Linux user for years and dabbled with Red Hat, Fedora, Ubuntu and others, but for various reasons my main desktop environment has always been Windows. It's been the defacto standard of IT departments at companies I've worked for, and at home I'm sort of stuck with Windows XP because of the music software I use (and paid for). I run CentOS and Kubuntu as virtual machines and spend a lot of time in those environments, but for presentations, communications and documentation I've always fallen back into Windows land.

I've basically been looking for any opportunity to ditch Windows, though. It started by swearing never to use Vista. Actually, a laptop running Vista sits on my desk for testing purposes, and very sadly, its rarely opened despite being a fairly nice piece of hardware. Over Christmas, when I found my parents were planning to replace their old computer to something newer, I almost panicked at the thought of them using Vista, which someone has called "Satan in the form of an OS". So my Christmas gift to them was to contribute to the purchase of a new iMac. 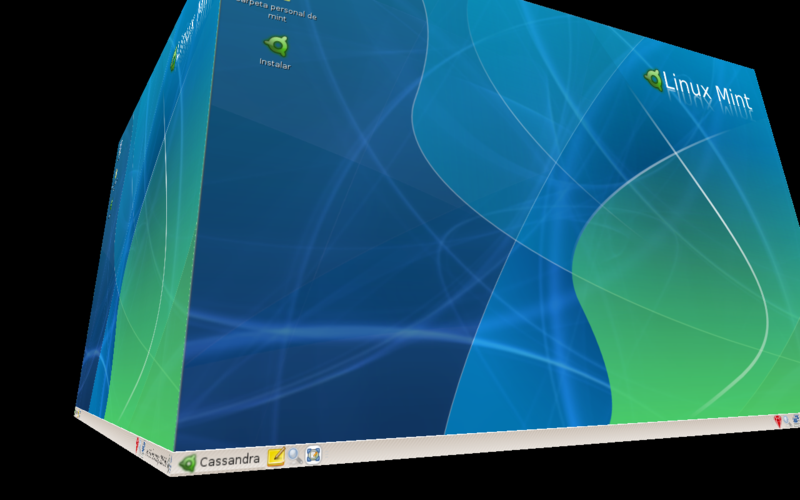 The next straw was trying to do some graphing in Excel and comparing my utterly awful output with the slick charts my friend was getting from OpenOffice (the free, open-source alternative to Microsoft Office). Then there's the eye-popping desktop effects we configured on the Linux PC that occupies one corner of my desk at work (for some reason there are a lot of computers on my desk). The visuals in modern Linux packages are absolutely cutting edge, Mac is a distant second, and Windows is still trying to catch up with where the technology was about 10 years ago. I figured the only way I'd ever consider moving to a new Windows OS would be if they re-wrote the entire code base from the ground up, based it on a Linux kernel, mercilessly cutting out the bloat. I just don't think Microsoft has it in their genetic make-up.

Then there was the experience of trying to get my PC out of the clutches of corporate IT's domain controller and reassign it to my own workgroup. It's a long and sordid tale that ended by using "The Ultimate Boot CD" to hack the Administrator password on the system. It was easy to do, and highly recommended, but I'd rather not have had to do it at all.

I'm really not trying to bash Microsoft, either. Up until recently I would have recommended XP over most alternatives to the average computer user. It's just that my recent experiences with Mac and Linux have been soooooooo much better, I just can't see any reason why I would want to install Windows and pay to use something inferior when there's a free alternative that's cooler and better.

So last week when a new PC arrived at my desk (preinstalled with Vista) I took the opportunity to wipe the drive completely clean and install Linux Mint right over top of it. Just for fun I downloaded a theme and set up my desktop so it looks like a Mac, complete with the cool dock and Mac icons at the bottom of the screen. It makes me feel all warm and fuzzy inside, like poutine.

Apple has a good thing going because they take some really nicely designed hardware, put it together with some really nicely designed software, include a bunch of really useful tools and features, and sell it as a complete package that "just works". Microsoft can't do that; they're primarily a software outfit that sells a bunch of flavors of their OS and a number of expensive, hard-to-use apps that may or may not work well on your computer. But it turns out that you can now get really good (great!) software for free. So where does that leave Microsoft?

The reason Apple's outlook is tight, in my opinion, is because - in a world where free software is starting to outstrip proprietary commercial software - they sell something that's still really valuable. They sell the convenience of a complete system that's been expertly put together from the best hardware and software their engineers can come up with. They had the foresight (and humility) a number of years ago to completely rewrite their OS with a unix base. Its not that other companies can't produce good hardware (they can) or good software (they can). Its just that Apple has done a great job of assembling the best of both worlds. Inside the Apple playground everything gets along really well. And, let's face it - they have the "cool" image that people want.

But when it comes to choosing an OS to run on a new (or old) PC, Linux Mint has been great and I would highly recommend it.
at January 28, 2009 2 comments:

I Can't Get Started

A tune I recorded while messing around with Pianoteq... pretty raw and unedited, but I kind of liked the mood of it. Random melancholy shots to go along with the song.

In 2008 I spent some time experimenting with audiophile-quality digital music playback. Still working on that, but in the process I rediscovered some of my favorite CDs and found some new favorites, too. Here's a list of what (I think) got the most rotation on my playlist in 2008:

Taylor Eigsti - Lucky to Be Me 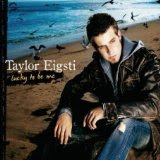 Still a teenager when he recorded this album in 2006, Taylor Eigsti is an absolute monster on the keys. He's a serious, heavy player. I picked this one up in '07 and it has remained a fave all through '08 as well, getting lots of airtime in my car. Although his roots in fusion show through in several of the tunes, his unique interpretations and total command of straight-ahead jazz standards on this disc is awesome. His take on "Woke Up This Morning" is one of the coolest, most grooving tunes on any jazz CD I own. 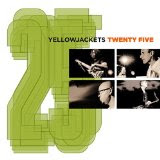 The 'jackets have always been and will remain for me one of... if not the... top favorite bands of all time. More than any other group, the Yellowjackets have influenced my own playing and musical direction. So it's no surprise that one of their albums is in my top 5. "Twenty Five" is a CD / DVD combo that was released in 2006. I picked it up last year and it has certainly been in high rotation ever since, as are most of my other CD's by this group. Seeing them live was incredible - this live recording captures that energy really well. And the DVD, showing a bunch of other tunes performed live, is really cool too. 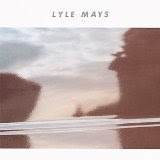 This self titled album was a hard one to find. I finally snagged a copy off Amazon and am so happy to have it in my collection now. I used to veg out to this album in Banff; its hauntingly beautiful and I can't hear this music without flipping back in my memory to the time I spent in that beautiful place and the events that happened there. It was a time of discovery and new horizons, and discovering this album by Lyle Mays is one of the biggest musical finds of my life. Lyle Mays is a legend among keyboard players. I'm still spinning this one a lot, particularly when I'm in the mood to shut out other distractions and really listen to the music. 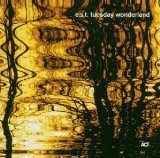 Esbjorn Svensson Trio has been high on my playlist since I discovered them through a friend in Germany. Seeing them live was another mind-blowing event. I'm so glad I got the opportunity two years ago to do that, because last summer Esbjorn Svensson passed away in a tragic diving accident. These guys were in their 40's but they came practically running out on stage with sneakers and punky t-shirts and just played the shit out of their instruments for almost two hours straight, and then ran out. So vibrant and intense - no wonder they had a huge following among young people and shows with a rock concert atmosphere. EST has something of a cult following; they were really something special and this is a great album. 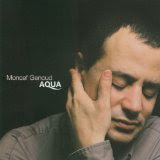 I discovered Moncef Genoud several years ago, and since that time he made appearances at the Montreal Jazz Festival and launched his first US release of a CD, "Aqua". His earlier recordings I had to specially order from Switzerland. Anyway, its good to see his music finding an audience in North America, and this album is really a lovely piece of work. I completely enjoy his playing, it always inspires me and never fails to satisfy when I need a good dose of straight-up acoustic jazz. Moncef is a wonderful improviser, and I was totally into his music a long time before I realized he is blind. He obviously doesn't advertise this as a way to get attention; his playing is so fluid and lyrical that once you start listening, his blindness will seem meaningless. 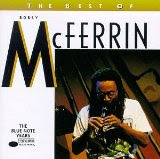 Discovered through imeem.com, I found this tune by Bobby McFerrin called "Freedom is a Voice" with the Yellowjackets playing accompaniment. Once every few years I come across a tune that makes my neurons fire so frantically that I'll put it on repeat for hours, put on my Sennheisers, and have a musical and spiritual awakening until about 3AM. This song is one of those. I had to get the CD, and happily found that there are some fantastic cuts on this disk, including a couple of great collaborations with Chick Corea. McFerrin, Yellowjackets, Chick Corea... what a combination of talent; this is really a cool album. And yes, it does have "Don't Worry, Be Happy".
at January 14, 2009 2 comments: 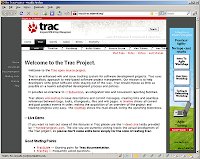 Trac is a web-based project and defect management system that has gained considerable market share for a wide range of commercial and open-source projects. Easy to set up, configure and maintain, it's rich feature set offers some surprisingly advanced capabilities. It's highly configurable without being overly complex - in a word, elegant. And if the default functionality of Trac isn't enough, there's a trove of 3rd-party plugins available for it, including the XML-RPC plugin, which makes the Trac database queriable via -- you guessed it -- XML-RPC.

Testlink is a testcase management software bit. To be honest I don't like it because it's bloated and clunky. There, I've said it. But its probably one of the better open-source solutions for testcase management out there, so I won't complain too much.

[Note: please don't ask me how to set up Trac, the XML-RPC plugin or Testlink.] 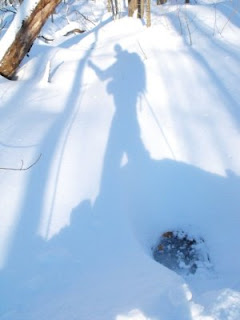 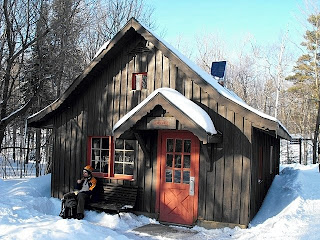 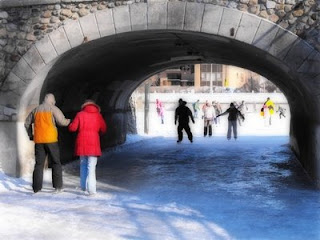 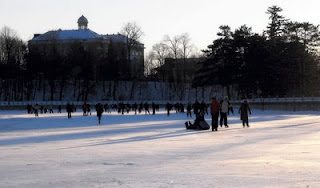